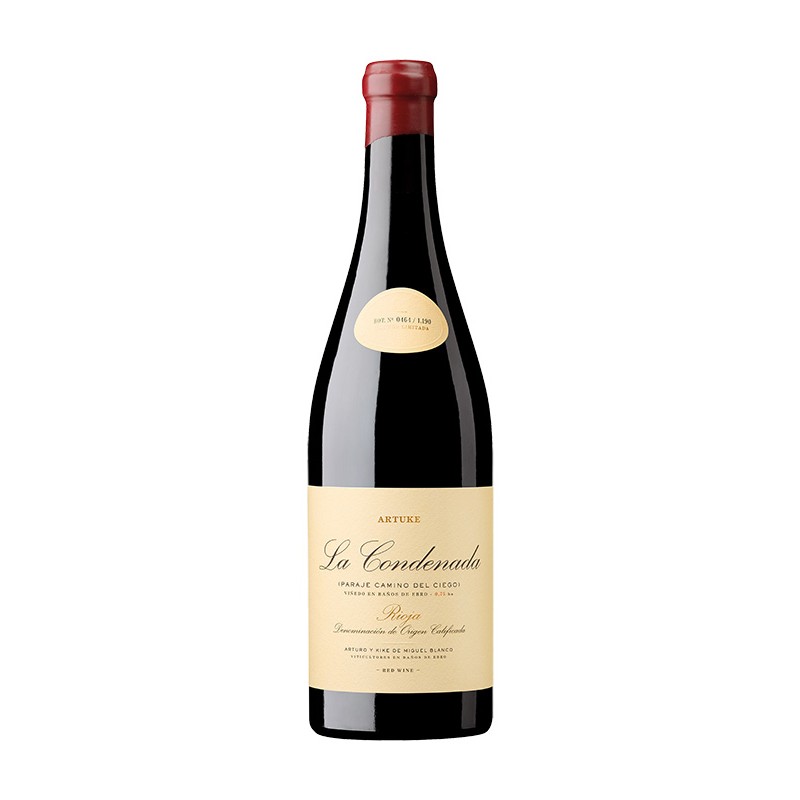 High aromatic intensity reminiscent of ripe tropical fruit, assembled in turn by a subtle notes denoting their upbringing. Aromas of maracuya, licorice, passion fruit, cocoa, balsam, and coffee, all accompanied by a mineral touch. It is frank and very complex.

Vineyard abandoned and doomed to disappear (and hence its name: THE CONDEMNED), the winery bought in 2012 and began to recover 0.8 hectares planted on subfloors sandstone rock in which the roots compete with the stone for survival. It is a 100% manual harvest by specialized personnel performing the selection strain to strain within the subplots that were previously selected in the vineyard. Spontaneous malolactic fermentation in French oak barrels of 500 liters. The aging process is carried out for 12-16 months in barrels of 500 liters of French oak.

Roberto Miguel Blanco, founder of the winery, choose from and very young keep pace with their ancestors, dedicating himself fully to the care and cultivation of the vine and the development and care of the wines according to tradition, with care and total dedication. As a symbol of marking traditional and familiar nature of the winery, the same brand "Artuke" also committed to the future, drawing inspiration from the next generation already followed, his sons Arturo and Kike, who are responsible for collecting the legacy and continue.