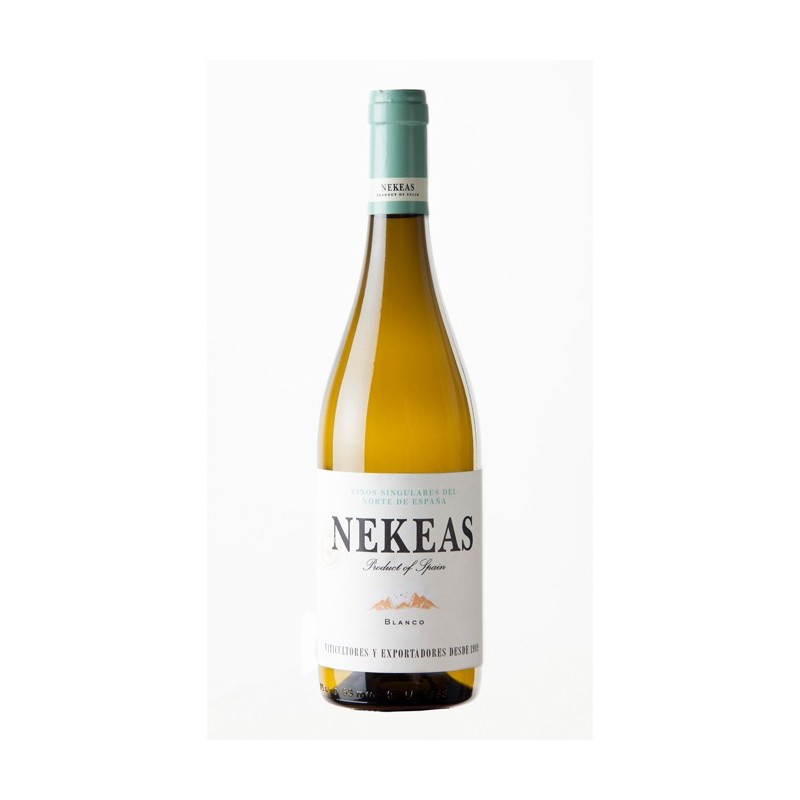 An appealing aromatic mixture of lemon and tropical fruit (pineapple). Medium-bodied, it produces an in-mouth sensation of freshness and purity with a vibrant finish.

Nekeas its roots beyond the seventeenth century, both by name and by the families that own the company Nekeas. -whose ancient documents of great value are preserved copies can be seen in the hold in which relates the "day by day" of the vineyard and wine since ancient times. The first, in 1572, tells us that in Añorbe there were more than 142,000 liters of wine. 1,653 peonadas, the equivalent of 82 has: In another, from 1601, the first propping (current survey) conducted in the municipality of Añorbe, the vineyard area in that year described. 1694 found another document authorizing the replanting of the vineyard that had been torn by old, which indicates that the regulation characteristic of the vineyard in Europe comes from old. It also comes old law of supply and demand as we show two documents two consecutive years 1802 and 1803. The first year produced 1,200 kg / ha and wine is payable 6 real pitcher. The following are produced 4,000 kg / ha and is paid 2 reais pitcher. Closer and, while one of the founding members witnessed the consequences, in 1899 the phylloxera arrives in the valley of Nekeas razing 300 of about 400 hectares of existing vineyards at that time.In 1900 it would end with the other 100 remaining.