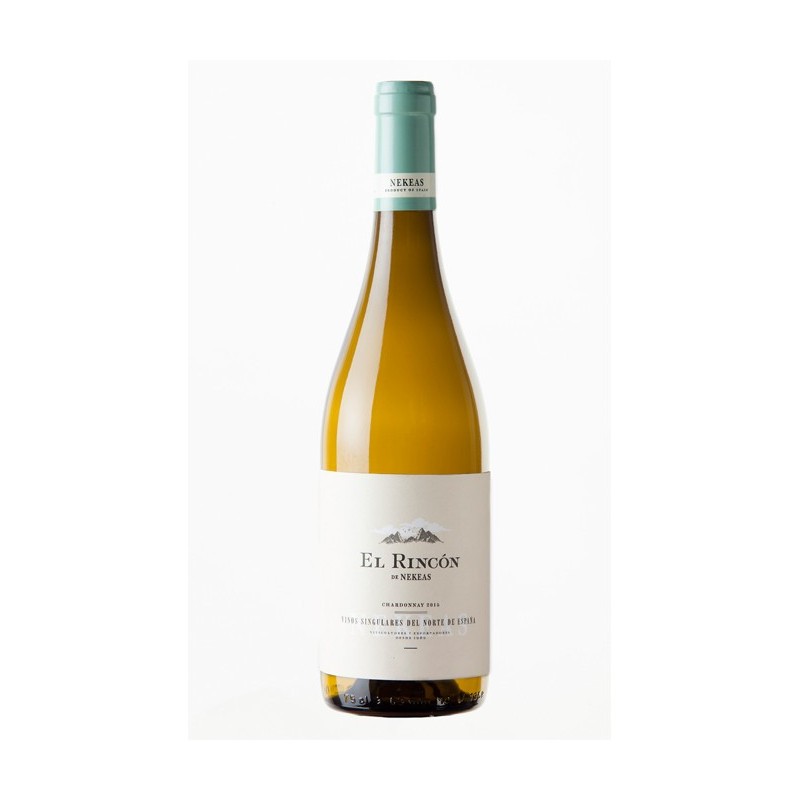 Exciting golden tone. Prominence of tropical fruit, honeysuckle and ripe apple, and lasting hints of vanilla in the background, a distant reminder of its time in the barrel. Smooth, consistent mouthfeel with a delicate, graceful, fruity aftertaste.

In another, from 1601, the first propping (current survey) conducted in the municipality of Añorbe, the vineyard area in that year described. 1694 found another document authorizing the replanting of the vineyard that had been torn by old, which indicates that the regulation characteristic of the vineyard in Europe comes from old. It also comes old law of supply and demand as we show two documents two consecutive years 1802 and 1803. The first year produced 1,200 kg / ha and wine is payable 6 real pitcher. The following are produced 4,000 kg / ha and is paid 2 reais pitcher.

Closer and, while one of the founding members witnessed the consequences, in 1899 the phylloxera arrives in the valley of Nekeas razing 300 of about 400 hectares of existing vineyards at that time. In 1900 it would end with the other 100 remaining. Tenacity and vocation of the winegrowers of the time able to recover the vineyard in just two decades arriving in the 50 to similar to that of the late nineteenth amount, about 400 hectares. From the sixties, the industrial development of the region of Pamplona and low grape prices get what they failed to phylloxera, the vineyard in Nekeas out slowly disappearing except for small farms grenache located on high valley, difficult to access.

Vineyard plots those cohabiting with fruit orchards and small family subsistence were also held. It is in 1989 when the descendants of those families together winegrowers of their land and resume the cultivation of the vine. A few years later, in 1993, they built an integrated middle of the vineyard cellar. Once consolidated the Nekeas project came in the years 2007-2009 these families back to bring the rest of their land to begin the journey of a new project with a plantation of 200 hectares of olive trees in our fields recovering the secular presence of the olive tree , which he had almost been lost since 1956, that made terrible frost down to -21º thermometer. Until then many of the vineyards were surrounded by "feet" of olive trees in the village there several underground tanks, until it became in 1947 a new and modern machinery. In 2011 planting of 200 hectares of olive trees has continued building at the foot of the winery, a magnificent wine press equipped with the latest technology.

13 other products in the same category: