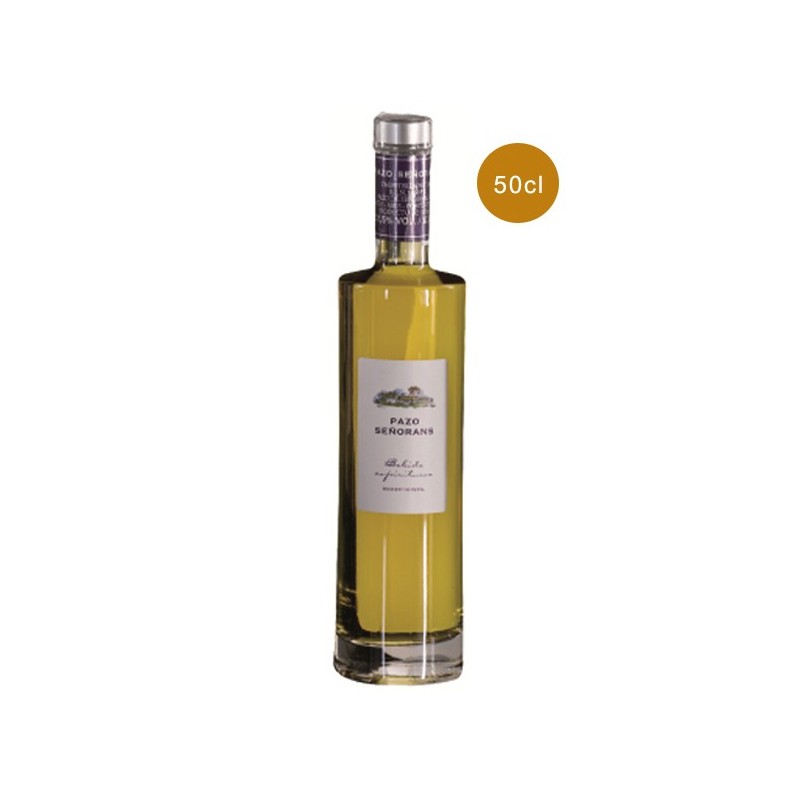 Color amber, bright and attractive. Good intensity of Chamomile bitter and sweet with hints of anise with coriander seeds making it more fresh and cheerful. Soft entry with a mild sweet tone and bitter background. Made in a traditional way to direct fire stills. Double distillation. Infusion of herbs and dried beans. 100% Albariño.

In Pazo Señorans, you're moved back in time. Now converted into a winery, is a magnificent representative of manor houses (16th century), built on the field with all the charm and the lordship of past eras.The Manor and Winery, owned initially of the marriage of good Marisol and Javier Mareque (today already held also by his four children, Marisol and Vicky, Javier Santiago), began its journey wine in 1989, although the cultivation of the vineyard starts earlier.Pazo Señorans name is of unknown origin, it is not known if the site gives its name to the Manor or is the Manor House, which gives its name to the place.We try to make wines that reflect the characteristics of the area and the peculiarities of the Albariño variety; investigating each year in the improvement of the cultivation of the vine and the grape harvest; an exquisite attention at all times. We are constantly working with different projects I D I, as the study of the improvement of cultivation through remote sensing and sensor-based models.We produce honest wines, which give what they promise on the nose in the mouth and which express the maximum quality in each vintage.

2 other products in the same category: