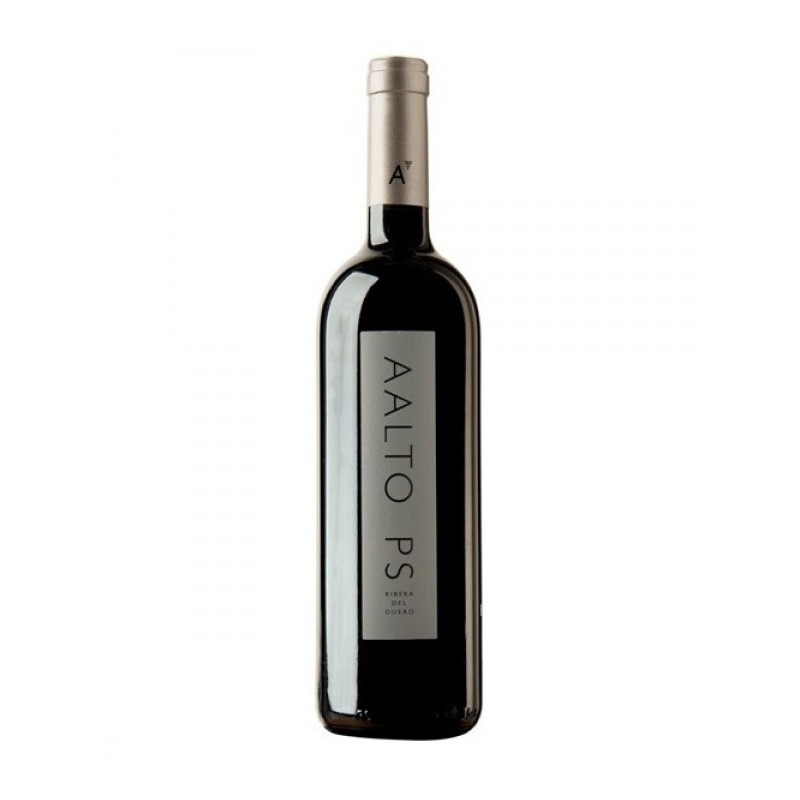 Selection of the best payments Aalto, is always an intense, powerful, concentrated and long wine. It has a dark red color, and a lot of different aromas: flint, licorice, fine woods, spices, toast .... The use of new French oak, where the wine has been 22 months confers a sápida structure that enhances the typical characteristics of the Tempranillo

In 1998 Mariano García and Javier Zaccagnini, decided to join their professional experience to give light Aalto, a wine project located in the heart of the prestigious Designation of Origin Ribera del Duero. The project objective was to deepen the potential of the grape and the terroir of the Ribera del Duero, to produce high quality wines. The indigenous grape variety -Tinto Fino, climate and soils of the Ribera offered interesting possibilities that its promoters wanted to explore to the fullest. The project was realized with the founding of Bodegas Aalto, in February 1999 with the financial support of several investors enthusiastic Spanish wine. The vineyards Aalto owns 42 hectares of prime land in three districts of the appellation. Of these, 32 hectares are farms that has been carefully planted clones of Tinto Fino selected among the most interesting of the Ribera del Duero. The remaining land corresponds to farms in the province of Burgos acquired 60 years old vines grown with the utmost respect for the ecosystem of the vine since 2000, although this requires reducing the yield figure of the plant. In addition, Aalto has exclusive agreements with owners of fine old vineyards in five different areas of the Ribera del Duero, involving 60 hectares of vines grown under the direct supervision of its technicians throughout the year. The wines until 2004 Aalto wines produced in a rented in Roa (Burgos) facilities, while the design and construction of a new winery is addressed in collaboration with renowned architect Jesus Manzanares. It is an almost entirely underground cellar, except the offices- original and innovative design. Its construction already completed and it has been drawn vintage 2005 and 2006. The new winery is located on a farm of 15 hectares in the municipality of Quintanilla de Arriba (Valladolid). The fermentation tanks are manufactured from an original design frustoconical shape. These deposits allow better management of the skins with a smoother extraction. In Aalto grapes are harvested only manually; They packed in small boxes and immediately taken to the winery. There, two conveyors are used to select the grapes, so that each cluster is checked before entering the stemmer. The development of the grapes from each vineyard is carried out in different deposits, also maintained this separation of items throughout the period of aging in oak barrels. The assembly of the various items is made at the end of the period spent in the barrel.