> Todas las Noticias del Blog > THE PALO CORTADO, IS IT BORN OR IS IT DONE? WE UNVEAL THE MYSTERY OF THE MOST UNFORESTERED WINE OF JEREZ

THE PALO CORTADO, IS IT BORN OR IS IT DONE? WE UNVEAL THE MYSTERY OF THE MOST UNFORESTERED WINE OF JEREZ 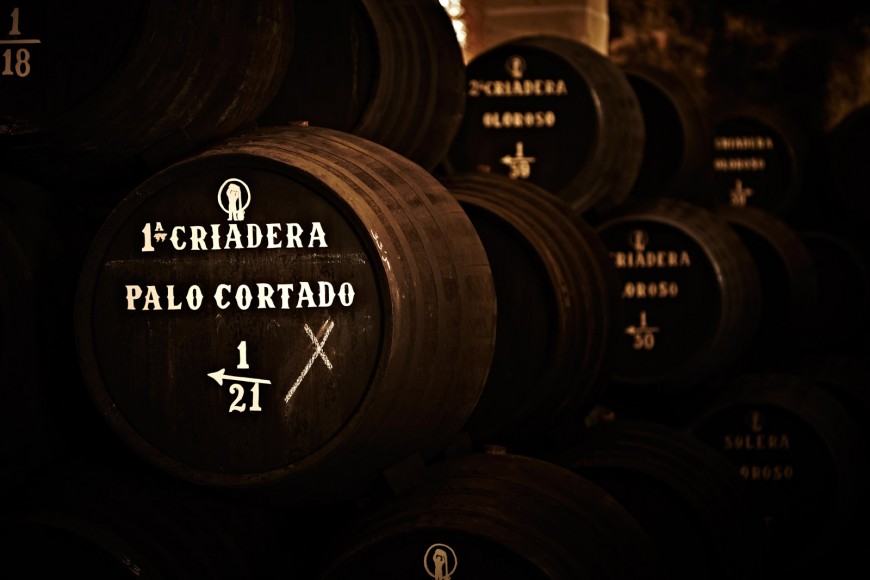 Wine is a form of cultural expression. It tells us about a different way of living in each place. It is a witness of history and at the same time the protagonist of it. But if there is a wine that was born to be a star, that is the Palo Cortado.

His uniqueness has given for a movie. Few documentaries like “Jerez and the mystery of palo cortado” have explored the true complexity of wine. Its director, Luis López Linares, manages to reflect the slow process by which things are what they are and invites us to delve into the passage of time, in the struggle of man with the countryside, with the greatness of Jerez and its centenary wineries as a backdrop. In 90 minutes we discover the complexity of a wine that comes from a single type of grape, the palomino, and that possesses the personality of a unique soil, the albariza.

When the cinema echoes, it's because of something. And the Palo Cortado has interest, but also a lot of attraction. To decipher its mystery you have to go to Jerez, because it is only in the land where it is born and in the boots where it ages that its true essence is appreciated. However, it is convenient to go with the duties done.

If we want to understand the extraordinary nature of the Palo Cortado and not lose ourselves among criaderas and soleras during our Jerez escape, we must first know what it is. And to know what it is, you have to make a quick review of the so-called generous or reinforced wines and understand what the Marco de Jerez represents in the world of wine.

To talk about the origin of the D.O. Jerez-Xeréz-Sherry would have to move to Cádiz at the end of the 18th century, when it was the most important port in the country and a strategic point for trade with England. We would have to sneak into one of those boats that carried wines to which alcohol was added to prevent them from getting stung. And it would be necessary to go at the beginning of the XIX, after the independence of the American colonies, when the Spaniards returned with money to invest in the Jerez wine market. But this is another movie.

Jerez is Jerez and has the importance that it has in the world of wine at the moment by three peculiarities: the albariza, a sandy soil that retains the water and contributes the characteristic salinity of these wines; the peculiar palomino grape, from which the must comes; and the conjunction between biological aging under veil of “flor”, particular local yeast, and oxidative aging in oak barrels (in Jerez the barrels are called "botas") with the system of criaderas and soleras instead of vintages, which allows reproducing the quality of the same wine throughout of the years in a kind of vintage blend.

Its process of atypical elaboration, includes a first fermentation of the musts at the end of which the appearance of the veil of 'flor' yeasts takes place. It is the winemaker's decision to fortify (add vinous alcohol) the base wine at 15% graduation or above 17%, and determine the type of aging to which it is going to be submitted. Aging that will lead to the different types of Sherry wines.

The fino, oloroso, amontillado and palo cortado from Jerez are liqueur wines, also called generous, because they have more alcohol than usual (a 'normal' wine is around 14º) and are defined by the Consejo Regulador as dry wines, not sweet , basically because the maximum allowed sugar of 5 grams per liter.

Once that all this hear before is totally clear, let's return to the subject. The case of the Palo Cortado is special. It shares the organoleptic characteristics of the amontillado as aroma and the oloroso in terms of flavor and color, its alcohol content is between 16 and 22º and it is aged in two phases: the first biological and the second oxidative. It could be said that the Palo Cortado is a fragrant with special nuances, because it maintains the corpulence of this but it brings an aromatic delicacy, a freshness and a pungent touch more typical of an amontillado.

However, some people do not agree with this description. Because in reality the Palo Cortado is difficult to define with words. It is a very complex wine that does not understand logic or theory. The mystery is as much in its elaboration as in its origin, because this wine is the pure example of the necessity of the bodeguero to identify his innate vocation and to act in consequence.

In short, they are wines that come from extremely fine palomino musts, initially headed at 15% vol. and identified in the bota  with a chalk mark across from barrel wood, an oblique stripe. At the end of the overlapping phase (when the must is removed from the boot to remove the lees and put back to age), the Capataz (Head Wine Maker) must verify the existence of those special characteristics in the barrels in which the veil has been kept.. If those barrels are classified as potential cut Palo Cortado, you will use a chalk to 'cut' the original mark painted on the front barrel wood. Hence the name.

At this point, the wine is reinforced again above 17% vol. leading back to an aging process in criaderas and soleras. The Palo Cortado is in short words a very fine wine with a vocation for biological aging, which has been derived as oxidative due to its peculiar characteristics. A fine 'deviant' in the past naturally, and today caused by most wineries.

The origin of the soleras de palo cortado is very old. They come from a time in which the wines fermented in botas and cellars in which there were infinite differences, more or less subtle, between the wines of the same vintage. The appearance of a Palo Cortado in these conditions was practically unpredictable, a kind of wonderful surprise for the wine Maker.

Today is different. The master winemakers can select the most special and delicate young wines to nourish those old soleras and maintain the differentiating character of this generous one. Here is the key. Although before the cut stick was presented without warning, now the winemaker goes to look for it. No longer waiting to make mistakes, but striving to find the best version of this exquisite enological error.

TRADICIÓN PALO CORTADO VORS .  BODEGAS TRADICIÓN  It is the only winery in the Jerez region dedicated exclusively to the oldest wines, cataloged as V.O.S. (Very Old Sherry, with more than 20 years old) and V.O.R.S. (Very Old Rare Sherry, with more than 30 years of aging). With an aging of over 32 years, this Palo Cortado from Domecq soleras of the eighteenth century and Croft wines from 1970 and 1982. A generous one for advanced tastes. 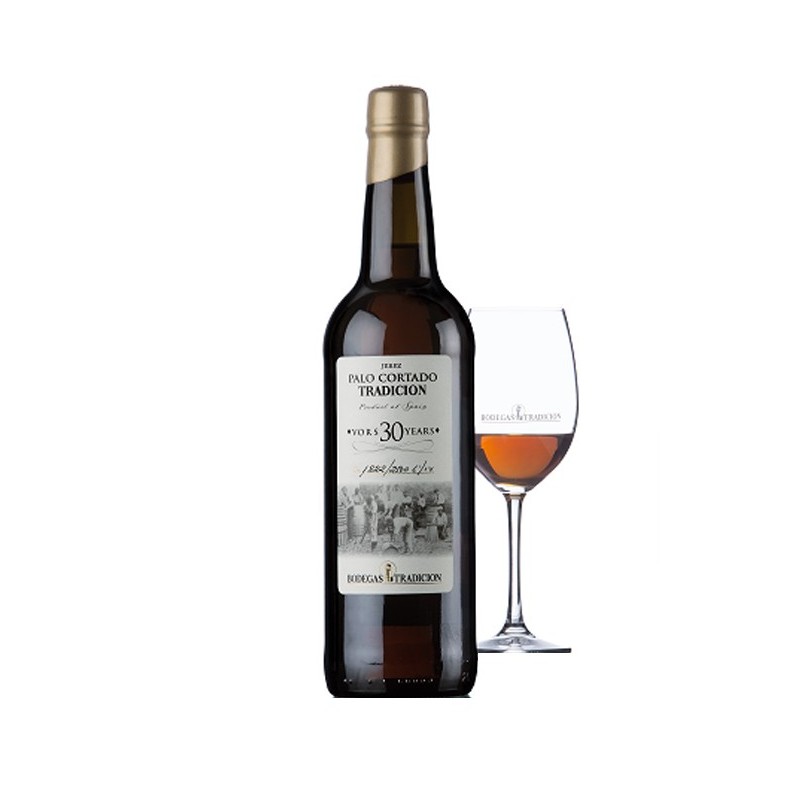