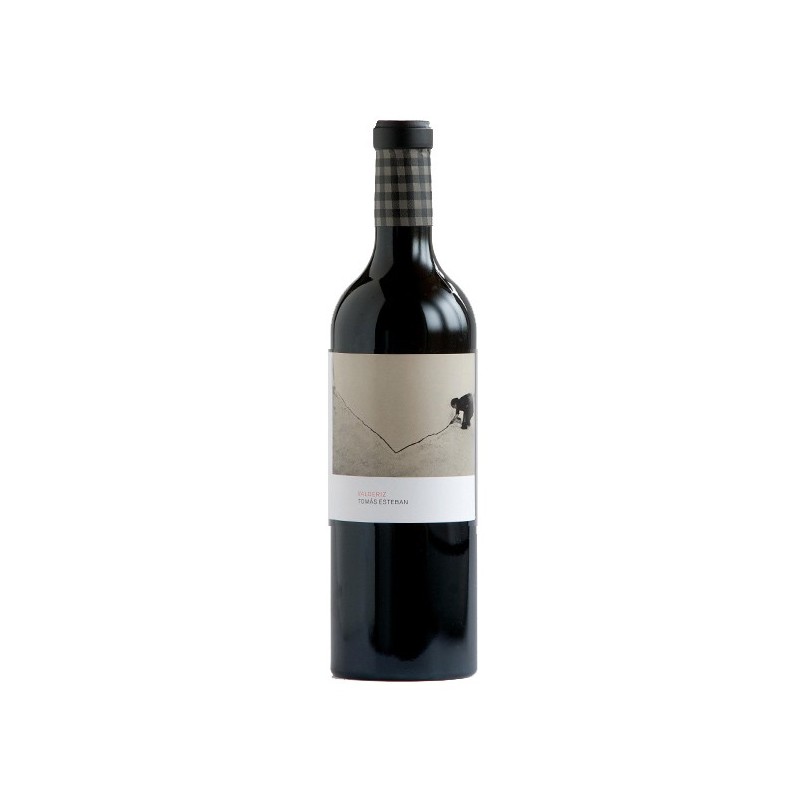 The estate of the family Esteban consolidated with noble red like this, which reflects the character of the old vines of terroir Roa, one of the most privileged of the Ribera del Duero. Wine of great personality, mature and spicy, and this should be aired for at least one hour to express its power and elegance in all its dimensions.

The vineyard Tomas Esteban kept his father is the source with which this wine is produced, with production of 1,500 kg ha. biodynamic agriculture. The preparation is made in vats 6000 and 3000 are cold maceration as the Valderiz, not used in preparing any enzymes or yeast than native grape itself. Stephen Thomas comes from a family of winemakers of old. He had the ability, over 25 years ago, planting his vineyard and graft of old vines of great quality and adapted to the area. Against the fashion at the time he chose the gobelet, instead of espalier, because he considers most suitable for the climate of the Ribera del Duero. Currently, planting vineyards and wineries Valderiz consists of 60 hectares planted by Thomas Estebany top 10 hectares, he managed to preserve his father. All distributed in more than 35 plots located in different soils, and guidance in his village, Roa. The family is one of the pioneers of organic farming in the Ribera del Duero, the total absence of herbicides, pesticides and mineral fertilizers is their hallmark. This type of farming has made have been able to achieve a balanced plant and waste clean soil which has resulted in an exceptional fruit. Since 2000 a small area of land is cultivated with biodynamic practices. Currently, planting wineries and vineyards Valderiz is composed of 60 hectares planted by Tomas Esteban and 10 hectares of vineyards that managed to preserve planted by his father, composed of more than 35 plots located in different soils, formed in traditional glass and grafted old family vineyards. The family is still one of the precursors of organic farming in the Ribera del Duero, the total absence of herbicides, pesticides and fertilizers is their hallmark, which is leading to think beyond and start making biodynamic viticulture. The climate is characterized by moderate to low rainfall (450 mm of rain per year) which, together with its dry summers (40 ° C) and long, harsh winters (-10 ° C), and with sharp temperature fluctuations throughout the seasons, fall within a Mediterranean climate, with more than 2,400 hours of sunshine, whose main character is the continentalidad.

28 other products in the same category: