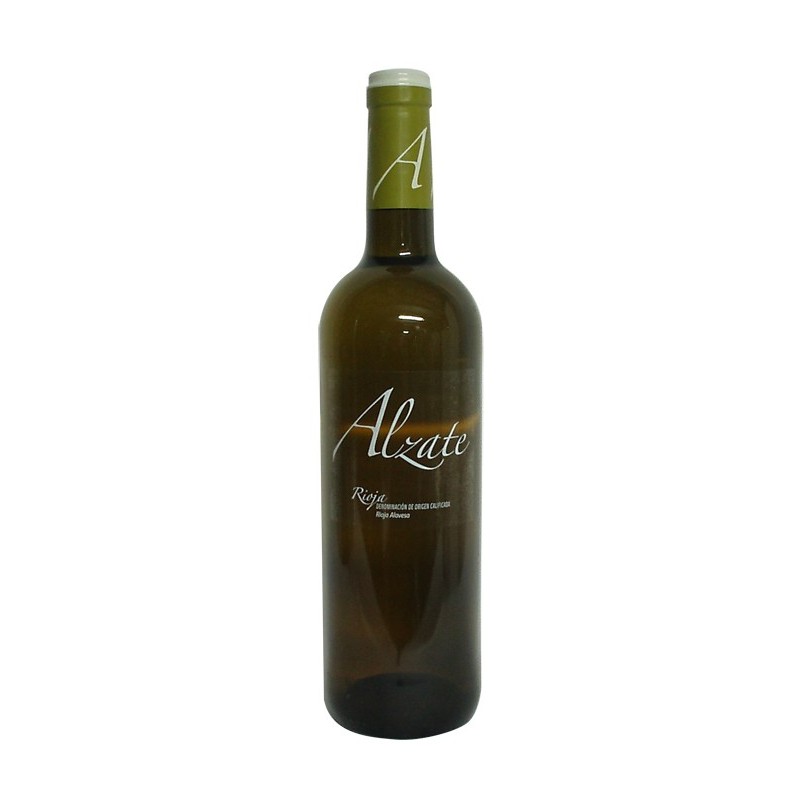 Made exclusively with Viura from vines over 70 years, has an unusual tone almost transparent pale yellow with greenish hues. It has a very intense aroma, mainly tropical fruit with floral notes. It is warm in the mouth and well balanced in terms of alcohol and acidity. Floral, fruity and tasty with a long and pleasant finish.

Almost a century ago, the grandfather planted his first vineyard. A vineyard that was born of his passion for wine and their land. La Rioja Alavesa. And unknowingly he created a philosophy of life for a family. Those vines grew in an area that meets special conditions like few places: climate and soil, orientation, sun and light, customs and traditions. The climate and soil gives it the nature, man chose vinifera and with great affection and respect offered to the environment, contributing their work. And he spoke to the vineyards, and they answered every year to get the harvest.

The production winery is of recent construction. The grapes are de-stemmed at low speed without squeezing, entering the dough in bottom of tanks saturated CO2 atmosphere to prevent oxidation during filling. Deposits cylindrical-conical shape allow you to manage hat by practicing délestage addition to traditional pumping. The barrel aging is done in two stages, the first being performed on new wood selected fine grain, wood and other middle-aged (6 years old), making wines in which the predominating fruit well assembled with wood.

The winery has 25 hectares of vineyards, grouped into 6 plots and distributed in three stages planting: 9 hectares with more than 75 years, 12 hectares with an age between 30 to 45 years and 4 hectares of 14 years. All of them are among the municipalities of Lapuebla de Labarca and Laguardia at an altitude between 425 and 500 m, planted in a clay-calcareous soil typical gentle slopes of Rioja Alavesa. With an average annual rainfall of 400 l / m2 and fluctuating temperatures of - 5 ° C to + 38 ° C. The vineyards are cultivated on trellises and through traditional pruning in glass, as required by the peculiarity of each plot. The varieties are the traditional Rioja Alavesa, predominantly Tempranillo 85%, Graciano 5%, Mazuelo and Viura 2% the remaining 8%.