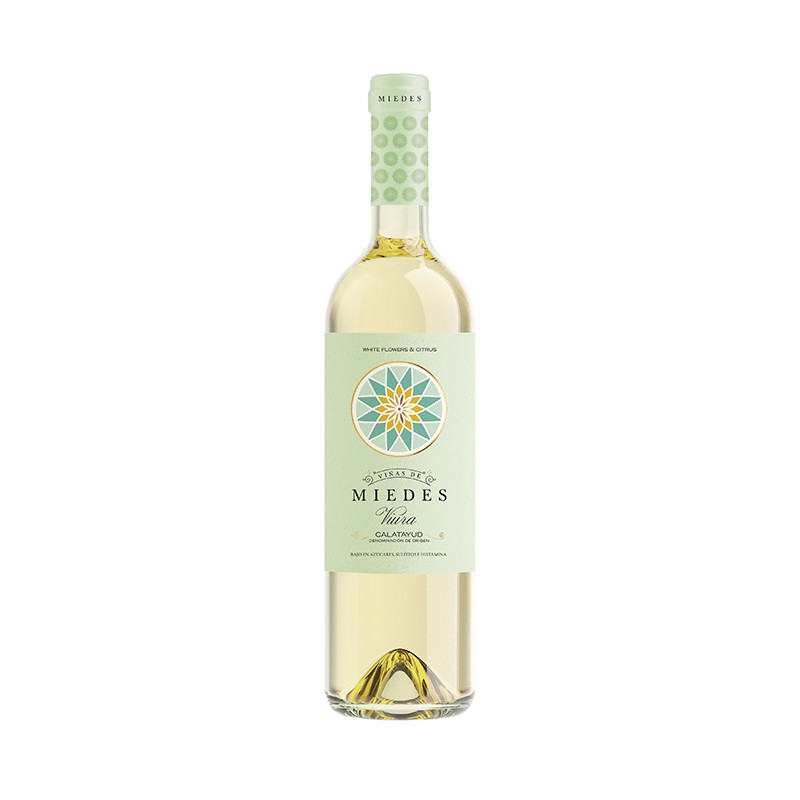 Pale yellow colour wine, lively, with aromas of white flowers and tropical fruits. Soft and fresh on the palate. This range of wines represents the different parts of the vine, why we call it "Morphological Vine Collection". Each of the wines of Vinas de Miedes range represents one of these parts.