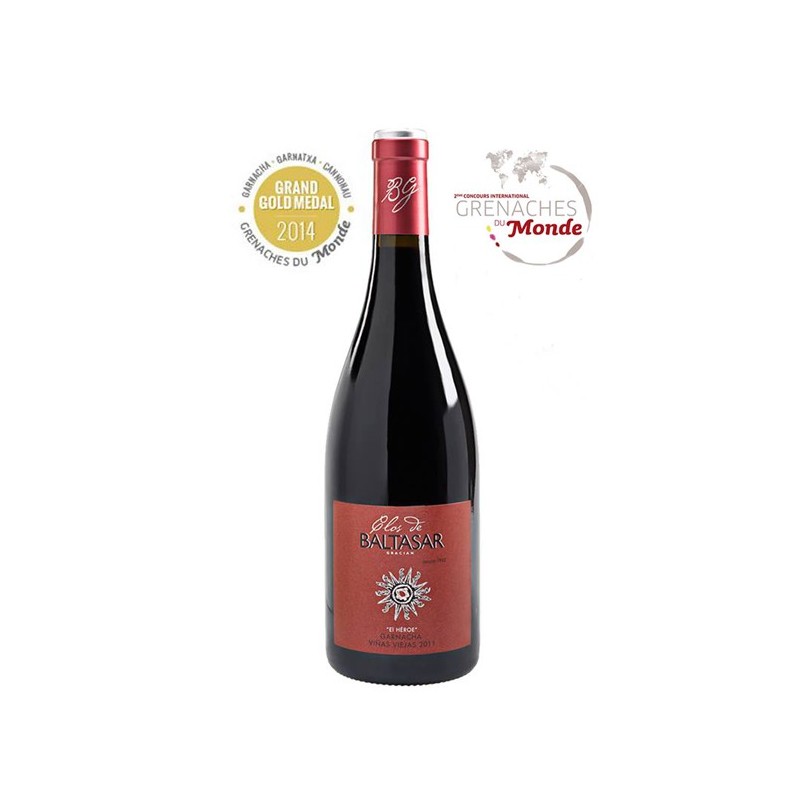 Picota cherry red colour. Fruits of the forest and red fruit bouquets. Its aromatic intensity provides glimpses of mineral balsamic tones wrapped in a touch of pure wood. Savoury in the mouth with an intense concentration of fruit and toasted tones that leave a persistent and balance reminder.

10 months of american and french barrels.

Vineyards between 60 and 80 years old rainfed

Bodegas San Alejandro was founded in 1962 in Miedes de Aragón (Zaragoza), in a prime location for growing grapes, the altitude of the vineyards, the harsh climate, the slow ripening of the grapes, the diversity of its soils and a long list of oddities that make up its terroir. It is named in honor of St. Alexander, whose remains are found in the seventeenth century Franciscan convent Mudejar located in Miedes. Its logo is inspired by the shrine revered by the oldest brotherhood of people that stays on the altar of the Church of San Pedro del S. XIV Since then, Bodegas San Alejandro has grown and evolved always supporting its people, their land and their culture. A culture that promotes more than 30 countries worldwide. Clearly export-oriented, Bodegas San Alejandro is an emblem of wines with DO Calatayud outside and within our borders. A project that began with the enthusiasm and effort of a group of winegrowers and today is a reality.